Many organizations running SAP are either in project mode on their journey to S/4HANA or in the planning phases of their S/4HANA project. Most organizations have identified this journey as a unique opportunity to strengthen their SAP security. Thoughts intuitively turn to GRC and IAM tools to achieve this. Without addressing the underlying issues of the SAP role design, GRC and IAM tools will not deliver the expected results and leave the organization disappointed.

Many organizations have outdated role designs that provide users with inappropriate access required for their job functions. These organizations mistakenly assume SAP security can be solved solely with products and tools e.g. Access Control or Identity Access Management solutions. These will help, but the capability of these tools are significantly diminished if the underlying SAP role design is outdated and/or inappropriate. Your organization won’t derive the expected value from these investments due to this poor underlying SAP role design.

2. Identity Access Management solution
The Identity Access Management solution brings about efficiencies in the joiner, leaver and mover processes. However, it will be assigning inappropriate access which results in a very high access risk count. This is far from ideal and counter-productive to their S/4 strategy, particularly as these organizations are placing more emphasis on security.

So, what does all this mean practically? If you’re a GRC practitioner wanting to leverage your organization’s S/4HANA journey to bolster your security, and you suspect your underlying SAP role design is outdated, what should you do to address this? You have two options for addressing an inappropriate SAP role design: either an SAP role clean-up or an SAP role redesign. Let’s explain this in a bit more detail.

However, the challenge is that these roles have been over-allocated over the years due to SAP authorization creep. You may find that there are a small number of roles that require content changes (role splits, etc.).

An SAP role clean-up is usually preferred by organizations as it is a quicker and less expensive project. An additional benefit is that it is less disruptive on the business, with fewer end-users testing and fewer authorization issues than a redesign project.

Firstly, if your organization has not performed a role redesign for several years, the control requirements of the organization may have changed over time. For example, Movement Types or Warehouse Numbers may not have been important ten years ago. However, with a role redesign, these new control elements can be introduced. 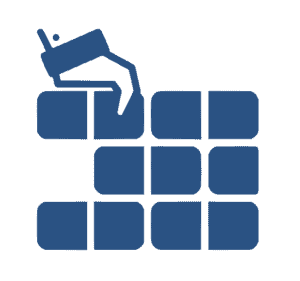 SAP has introduced several new control authorizations through the years. For example, controlling table access at a more granular level by table name (S_TABU_NAM) versus a wider level of authorization groups (S_TABU_DIS). Many of the new data privacy regulations are affecting organizations. As a result, more granular control is required which can be achieved through a role redesign project. Data privacy by design is central to most of the data privacy regulations. Implementing this with a role redesign is likely to be easier than as part of a role clean-up project.

In summary, central to any secure SAP environment is a good SAP role design. It forms the backbone of all things GRC. If your organization does not see the value in addressing the underlying SAP role design, they will never extract the expected value from their GRC and IAM solutions. Addressing the SAP role design will be an investment well worth it in the long run.