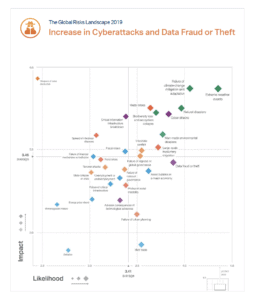 The 2019 WEF Report on significant global threats lists cyber attacks and data fraud as high-impact threats in the near future. This underscores the fact that Governance, Risk and Compliance (GRC) is becoming increasingly critical within organisations. The stakes are higher than ever, should businesses fail to get it right.

We’re living through an era hallmarked by a rapid increase in the rate of change in the marketplace. Organisations are being forced to adapt to the new realities. Successful organisations are becoming more agile in their ways of working.

Agile thinking encompasses the idea of “clock speed”. This is the pace at which an organisation, in its entirety, is able to move, react and adapt. It is estimated that today’s average large organisation requires a clock speed 3-5 times faster than the equivalent organisation a decade ago.

Many new-generation GRC practitioners find themselves operating in a traditional organisation. They face a decision to either be an advocate for change or simply go through the motions and deliver the kind of GRC the organisation requires.

Could someone in GRC influence organisation-wide change? We believe they can. With a ‘courageously pragmatic’ approach one could advocate for company-wide change, possibly finding kindred spirits within the company, whilst at the same time pragmatically delivering GRC requirements within the prevailing framework.

So, what is the correct approach then for agile GRC? Given that organisations vastly differ by industry, regulatory environment and GRC maturity, amongst others, there is no ‘one-size-fits-all’ answer.

Here are a few agile GRC descriptors. Agile GRC realises the need for engaging business users, and therefore puts business users at the heart of the process. GRC language is converted into a language that business users can understand. This is further achieved through more intuitive tools such as introducing business process visualisations that help contextualise and understand risks.

A lack of engaged business users has always been the Achilles heel of GRC. Research shows it is the leading cause of GRC implementation projects floundering. Engaged business users are more vital today than ever given the fluidity of organisational environments. GRC must become a team sport.

In addition, traditional GRC tools are built upon static rule sets, which should be reviewed ‘from time to time’ to adapt to any changes in business process flows. The traditional paradigm assumes that such process flows seldom change. With today’s pace of change and agile ways of working, access risk simulations are performed against rule sets that are increasingly out of touch with an organisation’s reality. Business users become frustrated by this and their buy-in diminishes accordingly.

Traditional applications typically have a software-license to implementation-cost-ratio of between 1:3 and 1:5. That is, for every dollar spent on licensing in the first year, the organisation can expect to pay up to $5.00 in configuration costs. The implementation process itself is often the organisational equivalent of open-heart surgery, given the sheer intensity of the process.

The API economy enables organisations to choose the exact applications they require given their current business landscape and to create a “one-size-fits-one” GRC technology ecosystem that fits their needs. This contrasts with the traditional “one-size-fits-all” idea of one monolithic GRC application which caters for every conceivable scenario.

In our increasingly fast-paced world, there is a strong correlation between successful GRC and levels of business-user engagement in SAP organisations. Therefore, the evaluation of tools in terms of attributes which contribute to business user engagement is an appropriate evaluation tactic to employ. 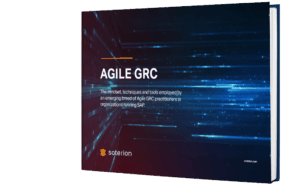